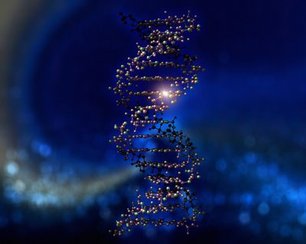 Our current science has only identified the two strands of DNA that are physical.  But we have 12 strands of DNA, 10 of which are quantum in nature.  During this process of ascension that humanity is currently undergoing, we are attempting to integrate the other strands of quantum DNA.  As we do this, we become increasingly intuitive, have better health, are more peaceful, have more compassion, and begin to embody all of those things that create a wave of change in our personal life as well as in our global society.  DNA Activation brings about the benevolent change we want to see on both a personal and planetary level.  DNA Activation occurs organically as we ascend, but by setting our intent and energetically doing the "work", we hasten the integration of our quantum strands of DNA.  I use a technique given to me by my spiritual guides that is currently in two parts.  As we are ready, I'm told that I will be given more techniques to integrate all 12 of our DNA strands.

The first step for the ascending human is to integrate the third strand of quantum DNA in a triangulation with the two physical strands.  Much of humanity is ready for this step, and those of you on the spiritual path for some time have most likely already done this.  For those of you just awakening, the first triangulation is a monumental step in your ascension process.

For those of you further along your spiritual path and ascension process, the triangulation of the fourth, fifth and sixth strands of quantum DNA may be in order.  The second triangulation creates our Merkaba, or ascension vehicle.  The Merkaba  is our light body form, and it has been available but dormant through the long ages of unconsciousness and density that humanity has gone through for millennia since our descent into unconsciousness after the fall of Atlantis.  Once the Merkaba is reactivated with this second triangulation, ascension and higher consciousness occur at a rapid rate.  You will then become a beacon for others, a change-bringer, a wayshower.  If you are ready for this next step in your ascension process, we can integrate DNA Activation into your healing session.