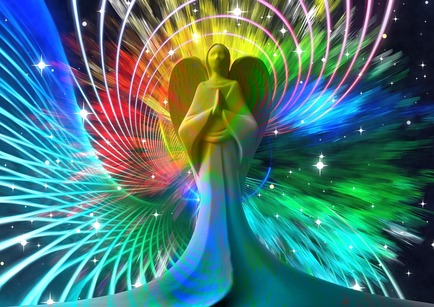 STARSEED / STARGATE CHANNELING EVENTS
Calling all Starseeds!  Join my guide Wiltara and I for an amazing channeling, meditation and healing event in the Stargate! Come relax comfortably in a zero gravity chair and relieve stress, connect into the quantum field, and receive personal and group healing from a host of Angels, Ascended Masters, Star Families and other beautiful beings, as I anchor the Stargate energies and channel them to all of you!  Special messages & teachings from the Stargate guides are certain to be forthcoming during this one-of-a-kind healing & meditation event!  Each event will be unique!  Read more about Starseed wisdom below..

​ABOUT STARSEEDS...
As we grow and evolve, allowing greater galactic and cosmic truths to enter into our consciousness, many of us are beginning to realize that we aren't from here.  That perhaps there is a greater game afoot in all of creation.  One we just temporarily are playing out here on Earth in 3-D.  But have we done this before in other places other worlds, other galaxies?  And who are the Star Seed Races referred to in ancient texts and indigenous lore?  And how does this all relate to we humans down here on our blue planet somewhere in an outer spiral arm of the Milky Way galaxy?  Inquiring minds want to know!  And many of us are ready for the truth of our galactic and universal history, and how we can utilize this cosmic connection and wisdom for evolution and growth, both on individual and planetary levels.  These events will involve channeling of many beautiful beings from the Angelic, Ascended Masters and Star Family realms, and will even include other beings from different dimensional realities.  All of this will occur within a Stargate, which is a benevolent, conscious container for the holding of higher dimensional fields and realities, enabling connection into the quantum field with ease.
MEET WILTARA
Wiltara is guide of mine who is actually an aspect of me in another dimensional reality.  We all have counterparts in many realms all over the Universe.  Wiltara is from the benevolent ascended Star Family, the Arcturians, who have been assisting Earth and keeping peace in this galaxy for millennia.  Many of you feel drawn to the Arcturians (or other Starseed races) because you have counterparts in those realms.) As Wiltara, she is a fifth dimensional medical officer ( what we would call a doctor, surgeon or healer) with Galactic Command (a multi-race collective of benevolent Star races who keep peace throughout the galaxy.) Very Star Trek / Star Wars, right???  Well those shows were not so far-fetched at all! Galactic Command hails from huge starships that exist in higher dimensional realities, so we must perceive them with our intuitive senses most of the time. As with everything else in this holographic universe, Wiltara also has counterparts within higher dimensional realities.  She is a "spokesperson" for a group of galactic masters who number in the thousands, and who we simply call "The Wiltara Group" for lack of another name.  Her wise counsel, loving countenance, healing energy and wonderful guidance has touched many of our lives.  Her uplifting and informative messages are helpful guideposts to assist us in navigating these tremendous times of shift and change.  I became aware of Wiltara as a single being several years ago, although I now realize she has been with me all of this life.  I'm very grateful to bring her message of love and empowerment to others.